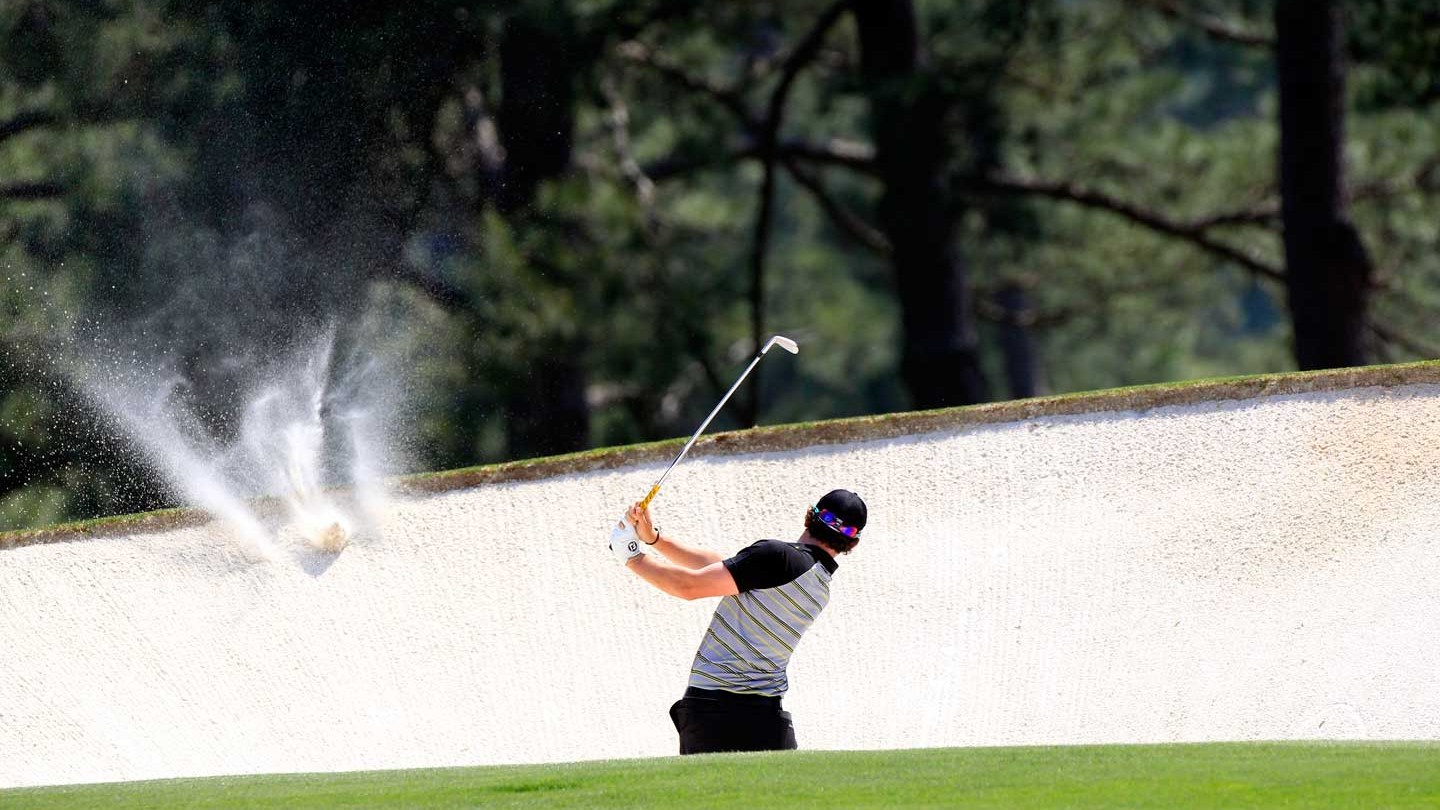 Spruce Pine & The Masters: Over 40 years of history

By MitchellCountyChamberApril 4, 2017News & Events
No Comments

There are 44 bunkers at Augusta National, each majestic and hazardous in its own right. The glistening sands look impossibly white, radiating in such a way that only nature could produce something so pristine.

Which is exactly what happened.

It’s called “Spruce Pine sand,” named for the mining district in Western North Carolina in which it’s found. It’s actually quartz, and it’s so pure that it prevents golf balls from burrowing into devious lies and has played a major role in computer technology.

The sand has filled these bunkers for the past 40 Masters, ever since Augusta National co-Founder Clifford Roberts was moved by its texture and how it contrasted beautifully with the emerald fairways and shimmering ponds of Augusta National.

Photo by: Sam Greenwood/Augusta National
Rory McIlroy hits from the fairway bunker on No. 2 during the final round of the 2011 Masters Tournament

“I’d rake it with my hand if I needed to,” said Jim “Bones” Mackay, the caddie for Phil Mickelson. “It fits the place so well. It brings out the green in the grass. It plays very, very well. You don’t hear about guys complaining about lies or balls getting away from them out of the bunkers.”

Of those 44 bunkers, 32 stand guard around greens and 12 are located in fairways. Nos. 3 and 7 have the most bunkers (five each) and No. 14 is the only hole without one. Whether they realize it from the tee or not, players face 10 holes in which they don’t have to worry about any fairway bunkers.

They are basically distributed evenly across the course. The first nine has 15 bunkers surrounding greens and nine in fairways; the second nine includes 17 at the greens and three in fairways.

“They give you certain holes you can aim for a bunker and still give yourself a good chance to get up and down for par or birdie,” said Zach Johnson, the 2007 Masters champion.

“It’s very soft on top and has a firm base,” Johnson said of the sand. “You can’t necessarily spin it a ton, but it’s pure. What’s great about it is you have substantial high lips, but you won’t see a ball plug. Ever. It’ll hit the bank and go back to the middle of the bunker or go through it.”

Those were Roberts’ thoughts, too, after he first saw the stunning white sand in the early 1970s, when it was being used at courses in  Western North Carolina. He liked its look and texture so much that he ordered truckloads of the sand delivered and installed in time for the 1975 Tournament.

“I’d rake it with my hand if I needed to.” – Caddie Bones Mackay

“On those greens, you have to be so precise,” said Mike Weir, who won the Masters in 2003. “The ball comes out a little slower. You have to be more aggressive with it. It’s very consistent sand. You have to get in there and get used to it, because it is a little different feel and requires a different touch.”

At first, the sand was viewed as a cheap waste product of feldspar, a valuable mineral extracted and used in making aluminum and ceramic products.

Scientists soon learned, though, that the sand was quartz, and an extremely pure version of it at that. Its makeup created a firm surface, and its pureness was such that Spruce Pine quartz is used in manufacturing semiconductors; computer chips throughout the world contain it.

The sand often is identified with Augusta National, but the Club doesn’t hold the mineral rights and there’s no patent given for quartz.

Scott K. Brown/Augusta National
Lee Westwood on No. 10 during the second round of the 2011 Masters Tournament.

The huge fairway bunker at No. 10 is arguably Augusta National’s most recognizable and photographed. It’s almost 400 yards off the tee, at the bottom of the hole’s steep slope, and it used to protect a green that was moved back to its current position in 1937. If a player lands in there, he mishit or even shanked his second shot.

“There’s no way you should be in it,” said Johnson. “You really don’t want to hit that trap.”

On the par 3s, the bunker behind the green at No. 12 leaves a player with a treacherous downhill shot while staring at Rae’s Creek in front of him; and both greenside bunkers at the long fourth hole.

“You basically don’t want to shortside yourself around any of the greens,” Weir said.

On the par 5s, the back bunker at No. 13, especially to a front hole location, is the one fraught with the most danger.

“The green is sloping away from you towards the creek, and like No. 12, you’re looking at the water,” Weir said.

Augusta National hasn’t significantly altered the layout of its strategically placed bunkers over the 79-year history of the Tournament.  However, in contrast, No. 9 initially had one big greenside bunker, then five of various sizes, then in the late 1940s it was restructured with three. Now, two are located greenside.

The 14th has been bunker-less since 1952; prior to that, the hole had just one, which was largely out of play near the tee. The 15th did not have a bunker until 1957, when, at the suggestion of Ben Hogan, one was put to the right of the green.

And in them all for the past 40 years, there has been sand so pure that players never complain about buried lies.